Have you ever searched the menu of a Chinese restaurant for momos but found only dimsums on it? The reason is less clarity on the difference between the two. Let’s help you so that the next time you know what you are eating and don’t ask the roadside momo guy “Bhaiya, ek plate dimsums dena!”

Momos are basically steamed or fried but dimsums have manyyyy variants. As a fact, even spring rolls/small tarts etc. Can be dimsums. Dimsums are basically small bites and anything small can be a dimsum in China

Momos are primarily made of wheat flour or maida but dimsums can be made of any flour such as rice flour, wheat starch etc. We have even had dimsums made of puff pastry! 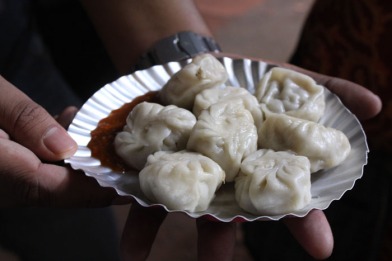 A momo vendor will never sell you dimsums with the fiery red sauce but an Indo-Chinese restaurant may serve you momos 😛 But, now you know the difference right?