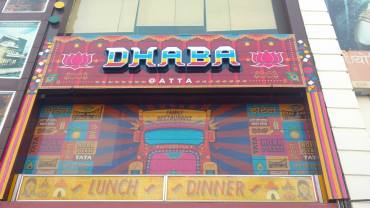 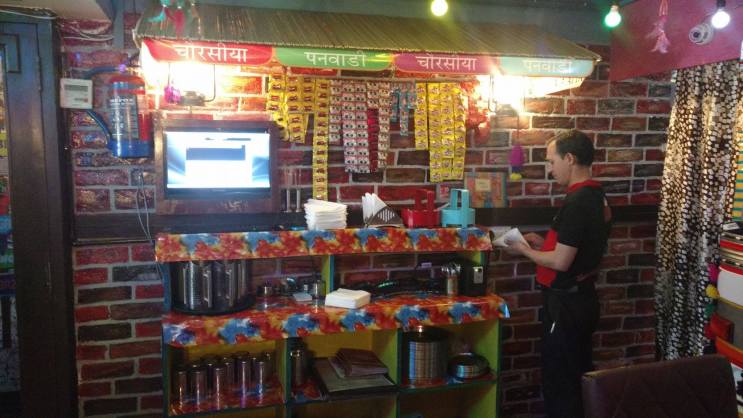 What dhabas are meant to do is serve heavy, homely food which leaves one thoroughly full. Not to mention the desi surroundings. The Dhaba at Atta does just that, albeit in a modern avatar. Brought into fruition by the folks at Burbee’s, this is meant to give the customers the same sense of service and care, but a totally different menu. To begin with, I was absolutely blown away by the interiors. Its not huge in any sense, but still pretty decent. The vibrant lights, the decor, paintings, slogans, truck design, the paan shop, everything aimed at giving the customers that traditional “Dhaba feel”. The attention to detail was incredible. Thumbs up for the ambiance. Surely lives up to its name.

We’d ordered a plethora of items from their menu. Starters, main course, drinks, desserts, you name it! Good presentation and average quantity was something common to each and every item. 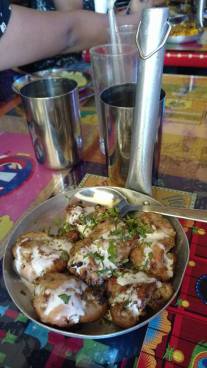 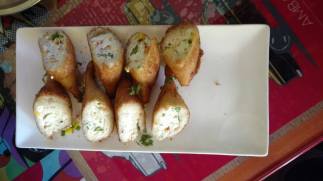 Dahi ke sholay – A very common item, sort of like a hung curd pakora. It was crispy on the outside and creamy on the inside. Just as its meant to be. Neat!

Bhatti ke Murgh Tikka – Packed with flavour! Big, chunky and delicious pieces of chicken tikka. This could’ve been my favourite starter from the lot, had it not been for the dryness. Yes, the chicken lacked a but of juiciness. Still, I’d give it another go just for that flavour.

Murg Malai Tikka – Definitely up there with the best. Soft, tender and juicy pieces of chicken, coated with cream and butter. Generous portions too.

Matiya Mahal ka murgh shammi kebab– Delicious, beautiful to look at, and filling. This tasted a lot like Galauti kebab tho. Not complaining!

Calcutta style chilli chicken – Good, strong flavour. Palatable! But the chicken was a tad too chewy for my liking.

Makhmali macchni tikka– Here’s my best starter from the pack. I was blown away by this soft, juicy, melt-in-the-mouth Fish tikka. Truly “makhmali”

Multani paneer tikka – The flavour was good, but I’m afraid the paneer was not soft. Pretty dry. As a matter of fact, both the paneer starters were dry.

Sunheri paneer tikka – dry paneer and not soft enough. Didn’t have enough flavour for me either. Definitely a thumbs down!

Achari Soya chaap – Kind of dry, and lacked the achari flavour one expects of this dish.

Banta soda Rooafza – Interesting combination. I was intrigued by the name and was skeptical about the lime and sweet rooafza gelling together. Boy, was I proven wrong! It just worked perfectly.

Banta soda Narangi – You guessed it! It was immensely sour. The Lime was overpowering, and we couldn’t even finish it all down.

Phitti wali lassi– Sweet, thick and heavy. Just like a desi, dhaba lassi should be.

Kya chahiye kuch nai – I’ve become a fan of this drink! Its their signature beverage. You just can’t miss this one, especially during the summers. So refreshing. it’ll taste and sour initially, but you’d be left with a burst of delectable spices in your mouth. This drink plays with your head. Also, this was the highest ordered item of the day. Highly recommended. 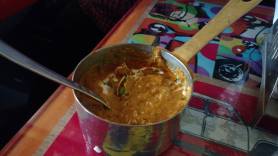 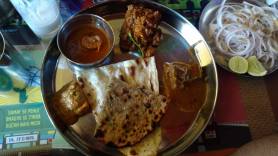 Mutton Rogan Josh – Perfectly cooked mutton. The meat was soft and tender. The flavors seemed good, but the dash of salt just threw the whole balance away.

Dhaba special prawn curry – Not recommended. Overpowered with salt. The overuse of salt seemed to be a consistent qualm.

Chicken rara – Spicy, lip-smacking good. Perfectly balanced flavours, and the only dish wherein the salt was not overused. Chicken was perfectly cooked. Defintely the pick out of the lot.

Paneer lababdar – Delicious flavours, kind of a balance between sweet and spicy. But again, the paneer was not soft enough.

Butter Naan, Garlic naan and tandoori roti were all perfect and consistent. Special mention to Keema parantha, big, chunky pieces of keema-filled parantha, served with gravy. Quite filling too. 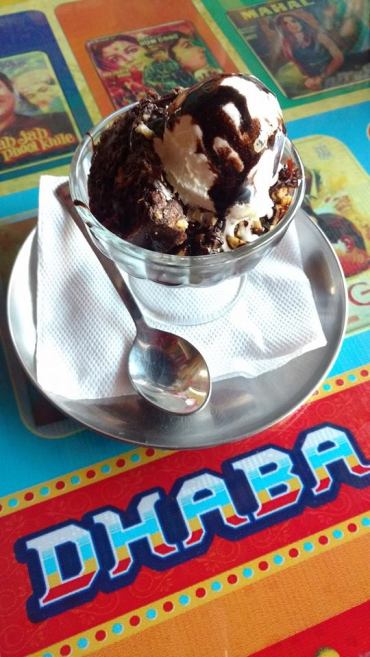 Gulab jamun with ice cream – A first for me, this. Never could’ve thought that this combination might work. Kudos to the team for taking a risk. It was amazing.

Rapchik brownie with ice cream – Warm brownie and cold vanilla ice cream. One can never go wrong with this. An absolute delicacy to end the lunch with.

Service was efficient and swift, and the staff was polite. Dhaba at Atta is definitely a place going multiple times to.

More about Dhaba at Atta? Find out here