Rang De Basanti is one gem in Hauz Khas Village. With cafe and lounges all around in this market, Rang de basanti is a refreshing change! A fine dine amongst all the hip cafes with typical Indian food. You will find no element of the west in here. All the ingredients used are also Indian. This place will surely take you back to your roots.

Situated on the first floor, as you go up the flight of stairs, you will be greeted by a tractor. Yes, a real one! Inside, the walls are right yellow in colour with really colourful wall art depicting cute yet funny conversations between punjabi people. Rustic wooden tables adding to the punjabi feel. Well the place also has a bar. We were welcomed with a very refreshing ‘kachi lassi’ with rose flavour. This is a typical of Punjab. 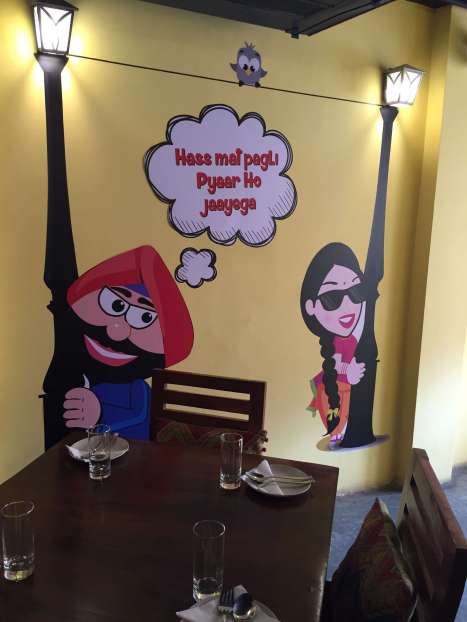 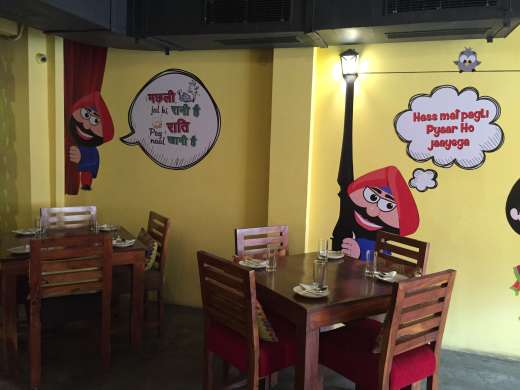 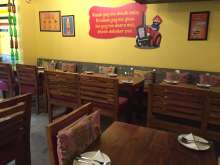 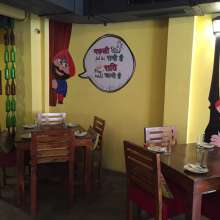 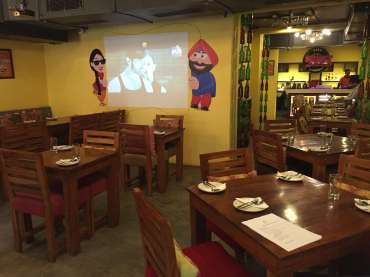 Lassi: Thick, Creamy and refreshing with some rose petals drizzled on top 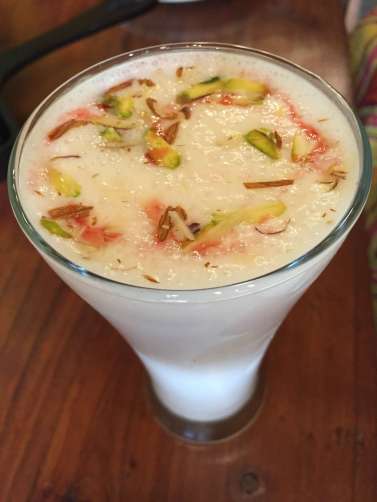 Dhuar Murgh Shorba te Chicken Tikka: Such a nice clear soup with smoked chicken chunks and a skewer of chicken to go with it. Protein blast I would say. The clear soup had a good flavour of cumin and coriander.

Sawa Futiya Seekh: As the name suggests, this seekh is actually sawa fut in length (1.25 feet in length) which is measured. Juicy and succulent meat with a strong flavour of coriander. Impressive presentation and taste.

Naancho with mutton keema and Kamb chop: Naancho is basically triangular pieces of naan that are deep fried to make them similar to a ‘Nacho’. Naanchos are served with mildly spiced  keema (minced meat) and perfectly cooked lamb chop. Some cottage cheese sprinkled on top. 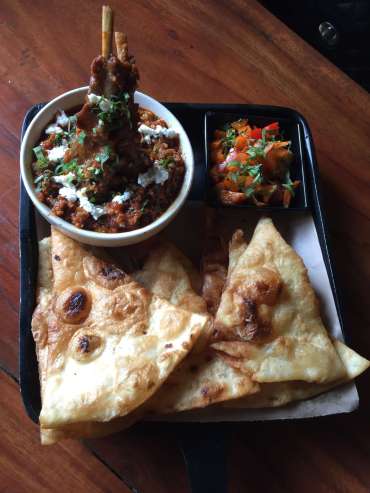 ‘Bhayankar’ Kadhi Chawal: Name is bhayankar but it was very cute on the contrary. Basic kadhi chawal with a lovely twist. The rice was served in a form of crisp fried ball. You had to break open the ball to get the rice out. This also added a bit of crunchiness to the whole dish which was great. Loved this dish! 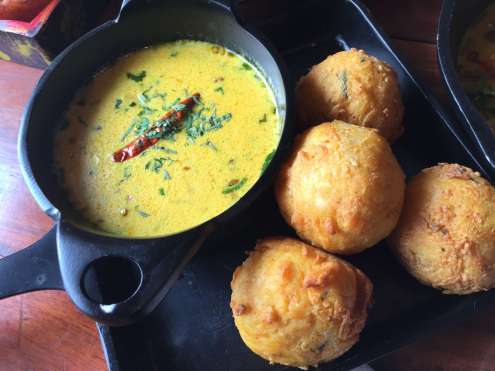 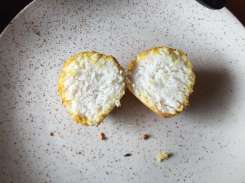 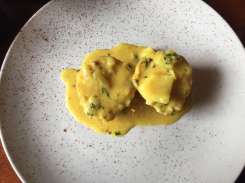 Makhe di roti saag vich: Traditional Makhe ki roti saag vich but at RDB, the saag you get could be of aything depending on the season and not necessarily of Sarson. The makhe ki roti (Corn roti) was crisp and stacked one over the other with white butter between every layer. I went during winters so got Sarson ka saag with jiggery and it tasted divine! As good as my grand mom makes.

Meat chawal: A nice side order with the food. Don’t expect it to be mutton biryani as it is not. It is rice cooked with mutton chunks and with the freshness of mint, ginger and green chillies. It is a Pulao. 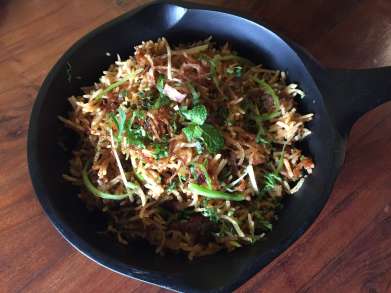 Paan Ice Cream:  Amazing and so fresh. Basic ice cream with Gulkandh flavour and topped with elements that go into a paan like the coloured saunf, tooti frooti , beetle  leaf etc. 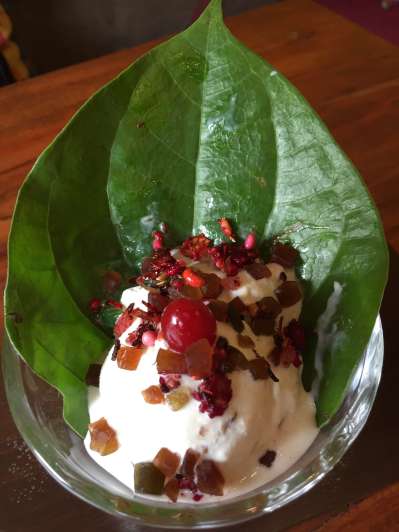 Halwa Basnati Te Gur da Parantha:  Seasonal Halwa with sweet parantha. I was served gajar ka halwa which was rich with khoya and the carrots were cooked  well. Gur ka parantha (jiggery parantha) was served as a small role along with it and wasn’t incorporated in the halwa itself. 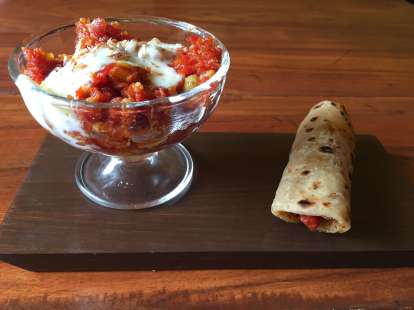 Sakore Wali Kheer aur Phirni Brulee:  A platter with two bowls each of kheer and baked Phirni (hence, ‘brulee’). Both were pretty good and quite close to authentic flavours. 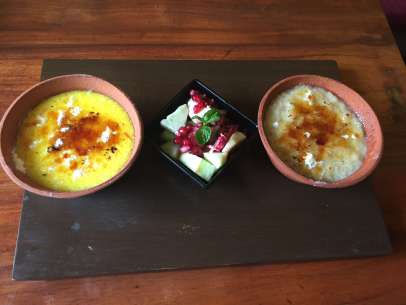 Another really interesting thing about Rang de Basanti is that they serve two trays on your table:

First tray has a lot of dry spices to add to your shorba/starters and food such as caramelized onions,Roasted and ground cumin, ginger, peanuts, Lemon etc

Second tray has Mint chutney,meehti chutney (made from Tamarind),Hot masala for spice lovers and Pyaaz.

These trays surely do add an extra zing to your food as you can customize it according to your taste. I used these in abundance especially with my shorba and seekh.

Rang De Basanti surely deserves a visit ! a big thumbs up from my side! Which they have more of these in Delhi soon . Try this place for the overall experience and lip smacking food!